When towel craftsman noticed the many rich materials left behind from the wine and beer brew-ing process, they began to think about how to utilize these natural remnants for the purpose of dyeing cloth… As mother nature often leaves the best for last, these deep hues can only be found after the final stage of wine and beer production. Therefore the name NOKORI-FUKU or ‘the remaining fortune’ was given these products.

The yarn used to create “NOKORI-FUKU” is carefully selected from top quality cotton and de-veloped in collaboration with a spinning company. By using this type of threading we are able to achieve a high color payoff while maintaining a super soft texture.

Our weaving method allows for comfortable elasticity while also giving the towel volume.

Based in the Kawachi area of Osaka, Karachi Wine Company, has excelled in the careful produc-tion of quality grapes and wine for the last 100 years.

After receiving a pint of this carefully brewed craft beer direct from the brewery, the brewery ‘leftovers’ are put to good use dyeing a locally produced beer towels. 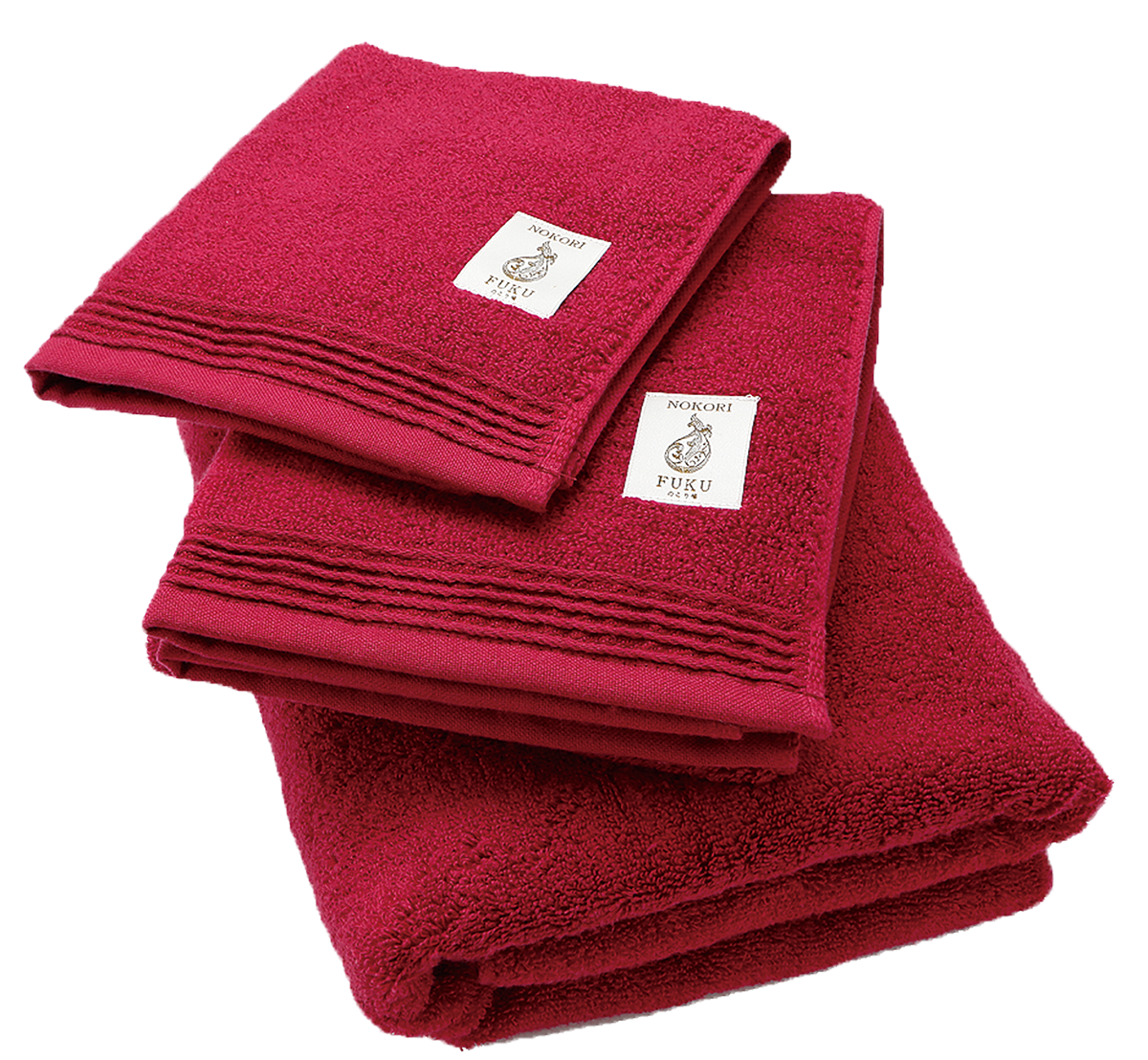 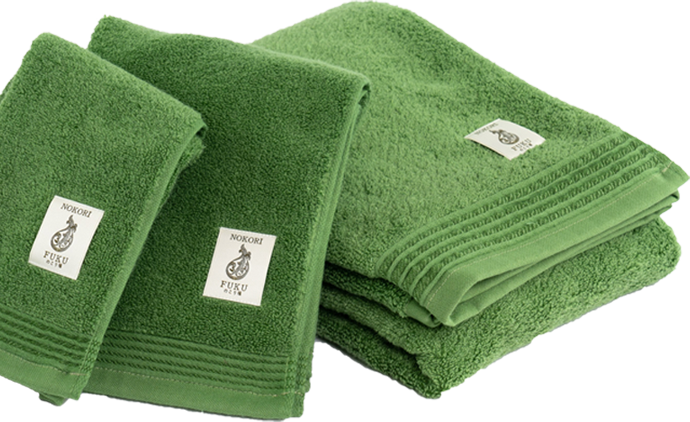 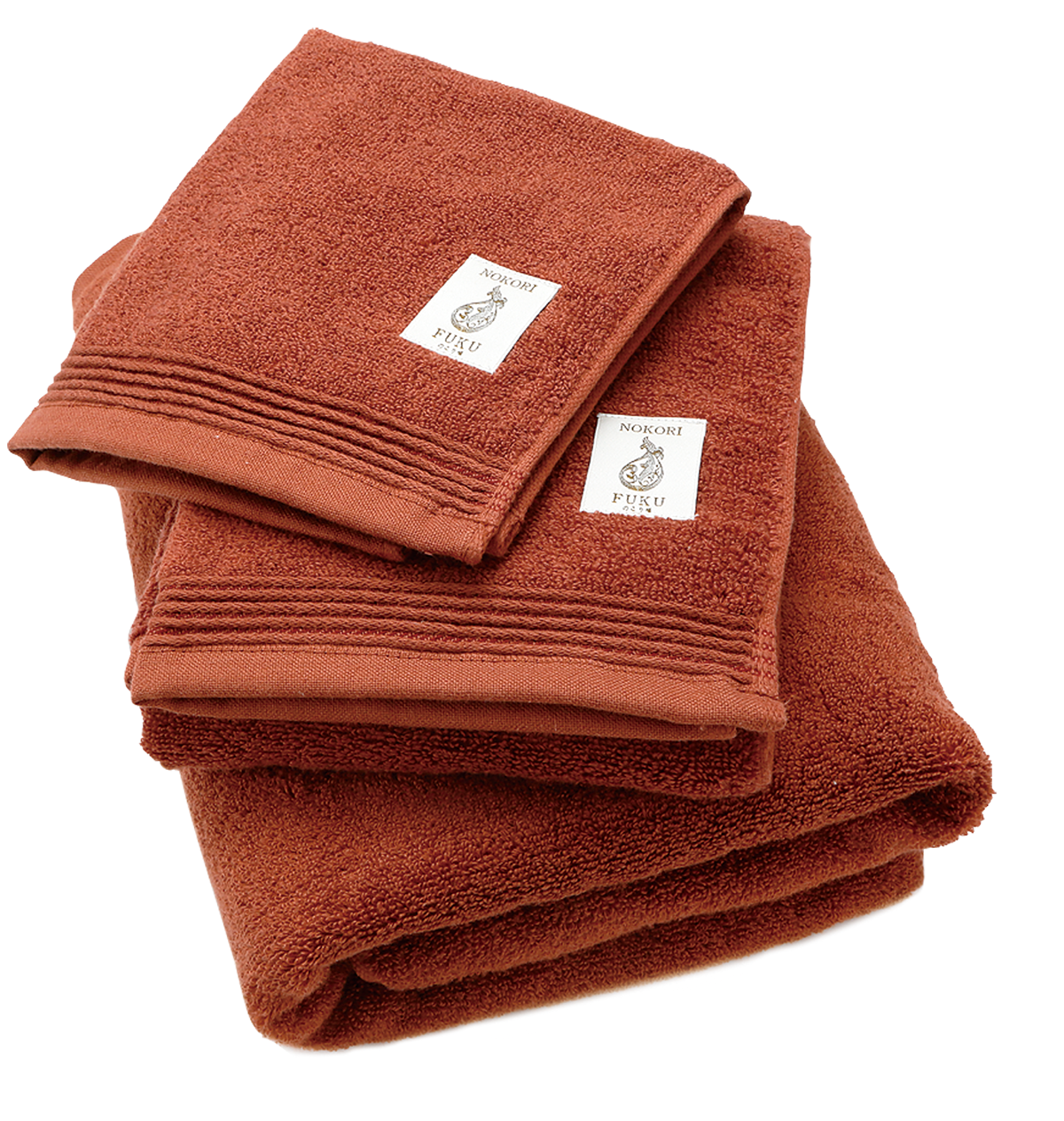 The southern region of Osaka, known as Senshu, has a long history in towel production and re-mains one of two major domestic towel manufacturing areas today. Founded in 1926 by Fuku-roya Tsunekichi, "Fukuroya Towel” has remained a family company as it has been passed down from generation to generation, from Seijiro → Masajiro to Seiichiro. While the factory has re-tained a relatively small size, we have kept relevant and up-to-date with enhanced technical and planning capabilities, as well as the continued production of unique towels that meet the needs of our customers. The development of the new NOKORI-FUKU のこり福 towel series, is one such example of the welcomed challenges. When the idea first came about, we at Fukuroya Tow-el, set to work thinking about how could we extract vivid color from the natural remnants left behind after they had finished their initial intended purpose. Also, we thought about how could we also make use of the Senshu Towel tradition of rear-finishing and post-dyeing. After a lot of research and prototyping, we finally achieved the result we were after - A product that keeps to our standards of an extremely soft, highly water absorbent towel adding to it an unprecedented color. If this towel can add more color to your life, we are certain that it will bring happiness to both you and our towel craftsman alike!